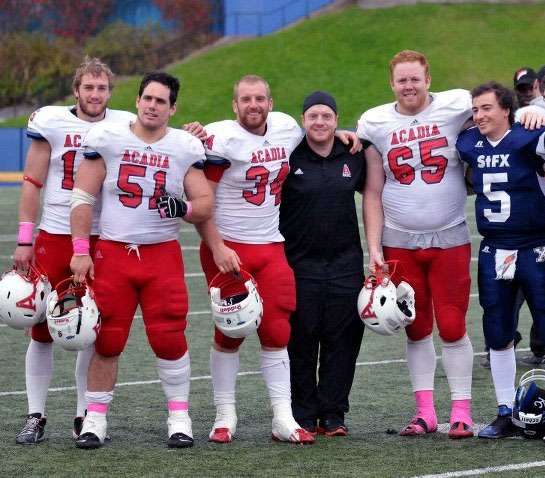 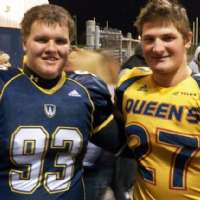 2012 was an outstanding year for the Huronia Stallions Football family. The Varsity team achieved back to back North Division Titles and Championship game appearances.

Six Stallions: Ryan Gallagher, Zack Keough, Lorand Sztyoni, Brandon Johnston and Adam Zussino all played for Team Ontario this summer.  Sztyoni also was named to the Ontario Select Team that is travelling to Texas this February to compete against American squads.

Throughout the G.B.S.S.A high school season many current Stallions players have contributed to the development of the game.  Several Stallions were members of the G.B.S.S.A. Senior Champions and Metro Bowl Finalist St. Joan of Arc squad that was coached by Stallions Junior Varsity Coordinator Chris Forde.

Three former Stallions were CIS coaches in 2012.  Clint Uttley is the Head Coach of McGill University and led them to the playoffs this season.  Josh Lambert was the Special Teams Coordinator at St. Francis Xavier University and was recently promoted to Offensive Coordinator.  Taylor Shadgett coached Linebackers on the AUS Champion Acadia Axemen.

Brett Haenni started at Fullback and Wade Conrad and Tyler Honeywood started on the Offensive Line and were both named to the Conference All Star Team.  Vince Lonsdale(Guelph), Cam Thorn(Guelph), Ed Shrubsole(Western), Jamie Cook(Waterloo), Justin Gleben(Queen’s), John Connors and Chris Kelly(Toronto), Terry Hart(St. F.X.), Tivon Cook(St. F.X.) and Jeremy Rogers(Windsor) all saw significant playing time for their respective teams.  Thorn has been a starting nose tackle for several years as has Terry Hart as an Offensive Tackle.   Connors led the University of Toronto in tackles and Jamie Cook started multiple games at quarterback for Waterloo.

In Guelph’s miraculous playoff comeback over Queen’s, Gleben and Lonsdale faced off against each other on special teams throughout the game.  Shrubsole started multiple games at Boundary Corner for the Western Mustangs which included a playoff start.

The Stallions are looking for the next generation of football players in the Simcoe County region.   Youth leagues range from ages 7-12 and there are three rep teams for ages 13-18.  Registration is February 23rd at the Orillia Square Mall and March 2 at East Bayfield Recreation Centre in Barrie.