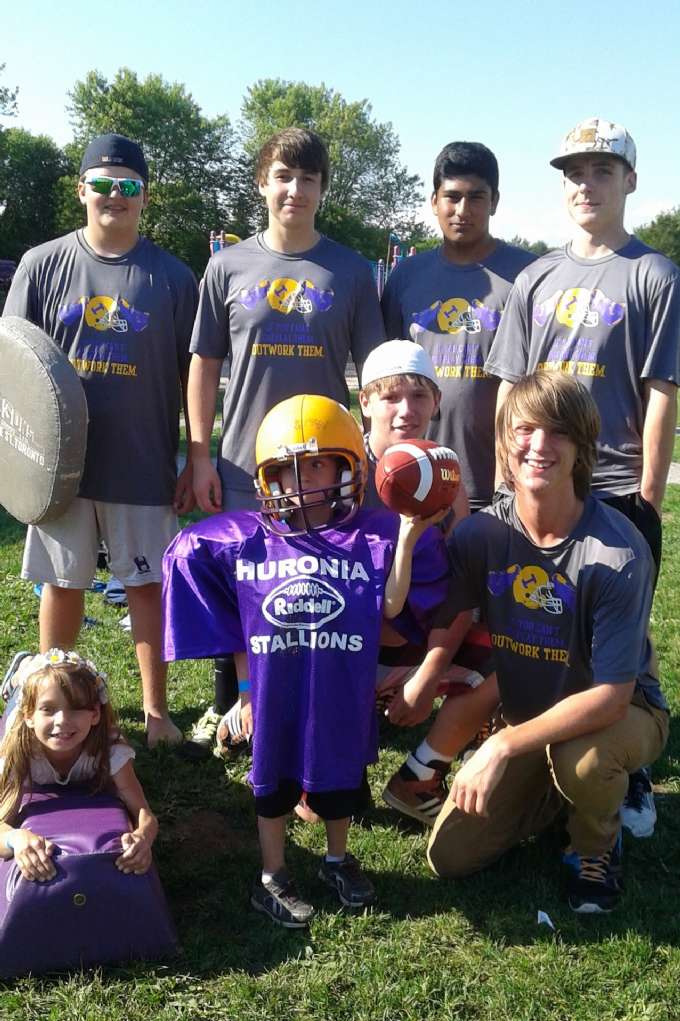 The Huronia Stallions Varsity team is coming off a bye week and will take on the Twin City Predators this Saturday at 6:30 PM at the Barrie Sports Complex in Midhurst.  The 3-1 Stallions are facing Twin Cities for the first time since their heartbreaking OFC Championship loss three seasons ago.

The Huronia Stallions Junior Varsity team got back in the win column by cruising to a 43-22 victory over the visiting Clarington Knights.  The JV squad built a commanding 36-0 lead and then shut it down late allowing Clarington to mount a late rally.  The Stallions backfield tandem of Zach Kuhn and Justin Janicki sliced and diced the Clarington defence all afternoon combining for 4 touchdowns on the day. Quarterback Brendan Hrynczak had 2 touchdown passes; one of which was to veteran receiver Elijah Kent who stepped up and helped bring a passing offence that has struggled the last few games to life.  The defensive highlight of the game was Mitchell Stadnyk’s acrobatic interception return and run back.  Other notable defenders were Chase Waddick who added two interceptions and Brody Moreau who made several key tackles from the corner position.  The 2-3 Stallions host the Peterborough Wolverines under the lights this Friday at 8 PM at the Barrie Sports Complex in Midhurst.

The Huronia Stallions Bantam team crushed the Clarington Knights 49-0 to improve to 4-1 on the season.  In the first 6 minutes of the game the Stallions scored 3 touchdowns with 3 two-point conversations giving them a commanding 24-0 lead.  Quarterback Nick DeJesus completed 14 of 18 passes for 220 yards and 3 touchdowns.  Running back Bradlee Kitchikake scored 4 total touchdowns which gives him 15 on the season.  Brandyn Talbot caught a touchdown to round out the offensive scoring.  The defence was dominating on the day allowing only 38 total yards.  Not to be outdown by the offence, Kaiden Larkin-Ford and Matthew Zebedee each scored touchdowns on interception returns.  The Bantams have a bye week before taking on the Toronto Junior Argos on July 4th.