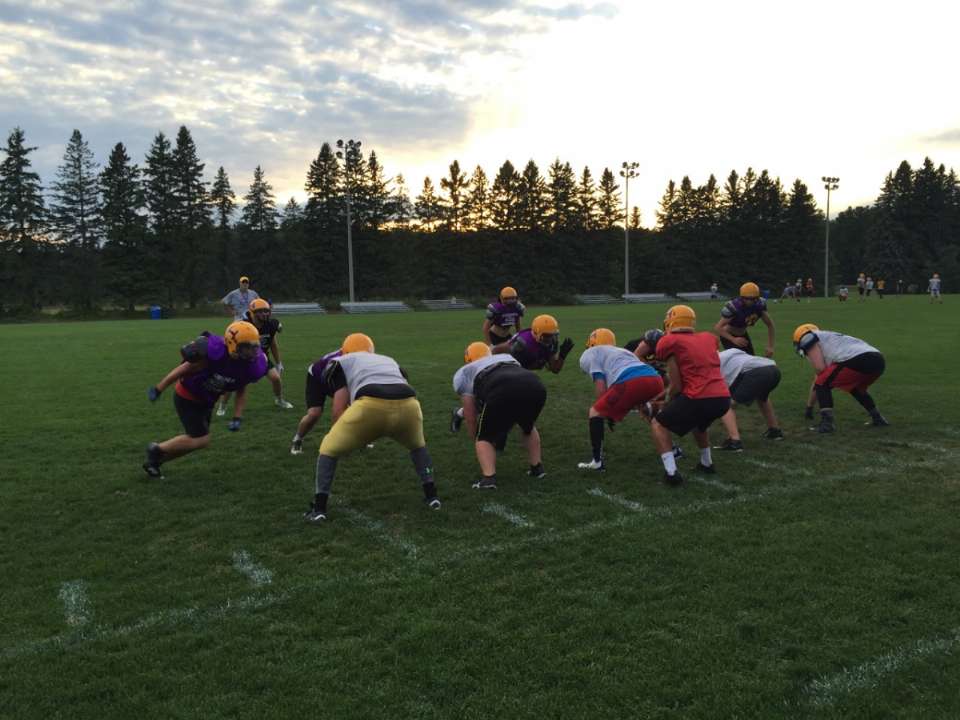 The Huronia Stallions Junior Varsity team finished the regular season with a 29-14 victory over the Toronto Junior Argos.  Wide Receiver and Kicker Mike Tomczyk had several key receptions and connected on three of his five field goal attempts in leading the team to victory.  Other offensive highlights included a 45 yard pass and catch from Quarterback Justin Winn to Christian Maciag which resulted in a touchdown and a 10-0 advantage and first year JV Fullback Daniel Wabiszczewicz’s first rushing touchdown in the fourth quarter.  The Stallions were led on defence by End Chad Beatty who had a Quarterback Sack and several fine tackles.  First year Linebacker Clayton Mrazek had an interception and several solo tackles.  The Stallions finished first in the OFC’s Northern Conference with a 7-1 record and will take on the Oakville Titans (5-3) in the first round of the playoffs this Saturday at 6pm at the Barrie Sports Complex in Midhurst.  In week three of the season the Stallions defeated Oakville 20-4.

The Stallions Bantam Squad defeated the Toronto Junior Argos 20-0 to finish the regular season with a 4-4 record.  The Stallions qualified for the playoffs with the win and will travel to take on the Hamilton Junior Tiger Cats (5-3) this Saturday at 11am.  The Tiger Cats defeated the Stallions 21-18 back in week two of the season.

In other team news, the Stallions Tackle Hunger Food Drive held last Friday during the final night of House League Action was a major success producing over 140 lbs of food.