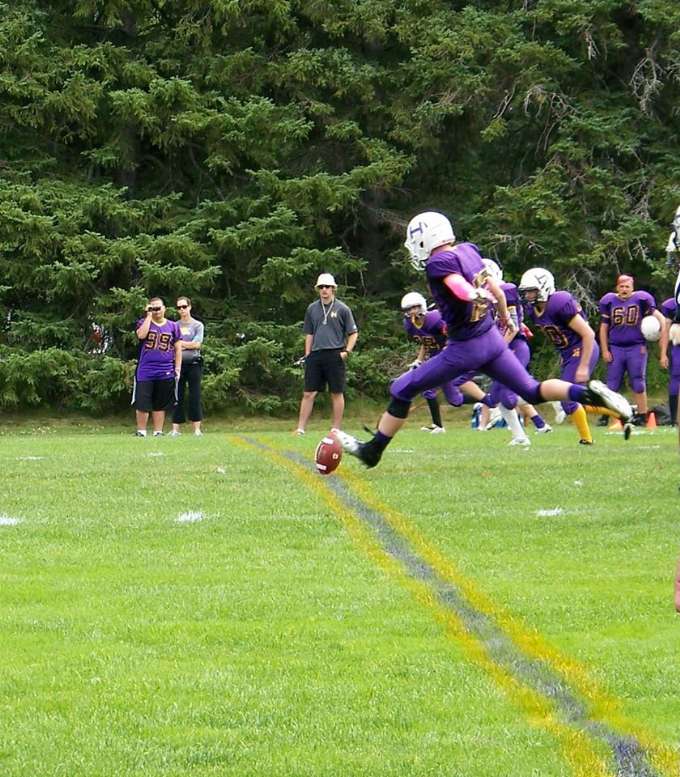 The Huronia Stallions Bantam team took on the visiting Oakville Titans Saturday in Midhurst in the Ramsey conference championship game and came away with the 34-13 win to punch their ticket to the league championship Saturday at noon in Guelph at Alumni Stadium. This was an Oakville team who gave the Stallions their only loss of the year in week 2. The game got off to a bad start when Oakville's Justin Kurc returned the opening kickoff 75 yards for a touchdown. The home team got on the score board with a 55 yard touchdown pass from quarterback Nicholas DeJesus to tight end William McCulloch. With the score evened up the defence clamped down on the Oakville attack with big plays including an early momentum changing interception by Saeed Khan. Luke Hastings and Aidan Harper combined for 2 sacks.

DeJesus led the charge for the offence going 19-28 passing scoring 5 combined touchdowns on the game with 2 passing and 3 rushing. The other touchdown catch was by Matt Zebedee who had a big day with 11 catches on offence and an interception and tackle for loss on defence. Aden Alfieri paved the way on the offensive line clearing holes for the backfield to have another big day on the ground with over 150 team rushing yards. McCulloch finished the game with 5 receptions for 95 yards a touchdown, and added a 2-point conversion.

The team takes on the 3-time defending OFC champion Burlington Stampeders in the final. The game will be the first of a triple header championship day with the junior varsity and varsity championship games following.