Stallions Remain Perfect on the Season 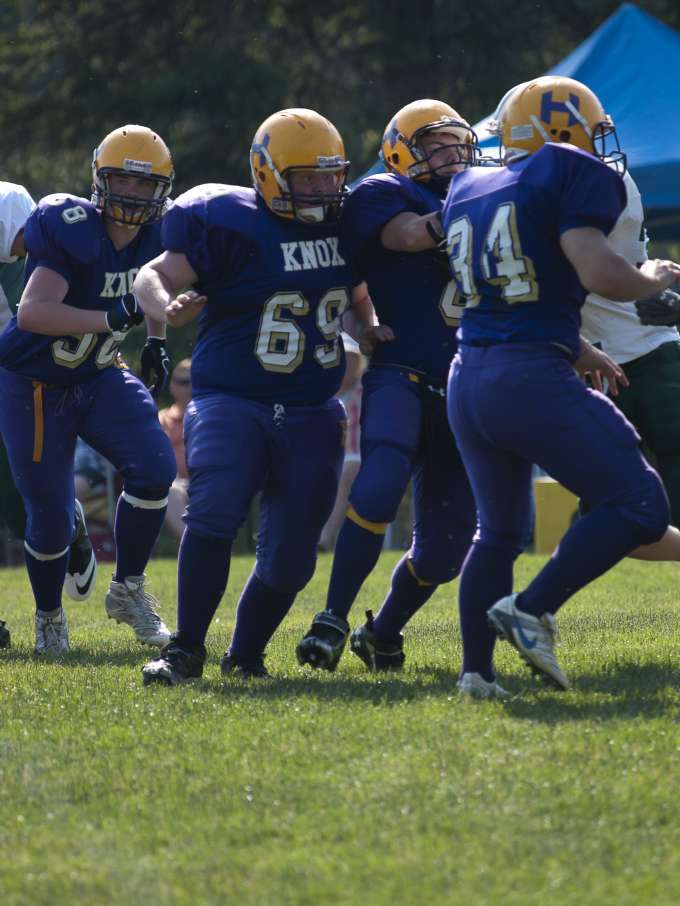 The Huronia Stallions Varsity Team improved to 2-0 on the season with a 37-7 victory over the Oakville Titans.  There were key defensive and special teams plays in the first half that picked up a struggling Stallions offence.  Linebacker Mac Holldiay made a jarring tackle on the Oakville Runningback and scooped and scored the fumble to open the scoring.  Ian Mathers then blocked a punt which set the Stallions up for a short field.  Quarterback Adam Zussino capitalized on the Mathers block by rushing in for a touchdown.  On the last play of the half, Zussino connected with Jayden Kelly for a 53 yard hail-mary touchdown.  The opening drive of the third quarter resulted in Zussino connecting with Wide Receiver Dan Vandervoort for a touchdown.  Two minutes later, Tailback John Shields rushed for a touchdown to make the score 34-0.  Zussino also kicked a field goal in the second half to close out the scoring summary.  Defensive standouts included Defensive Back Johnny Obdam who had two interceptions and Defensive Linemen R.J. Foltz who recorded two Quarterback sacks.  The Stallions next game is this Sunday in Toronto against the Junior Argos.

The Huronia Stallions Junior Varsity Team overcame a 14-12 halftime deficit to improve to 2-0 on the season with a 27-14 victory over the Oakville Titans.  Tailback Matt Howe led the offence with over 100 yards rushing for the second week in a row and two rushing touchdowns.  Receivers Nick Stanyk and Deven McQuirk each had receiving touchdowns.  Tyler Richards was the standout on defence with two quarterback sacks and 11 total tackles.  The Stallions next game is this Sunday in Toronto against the Junior Argos.

The 1-0 Huronia Stallions Bantam team is coming off a bye week and will host the Chatham Cougars this Saturday at 1pm, at the Barrie Sports Complex in Midhurst.