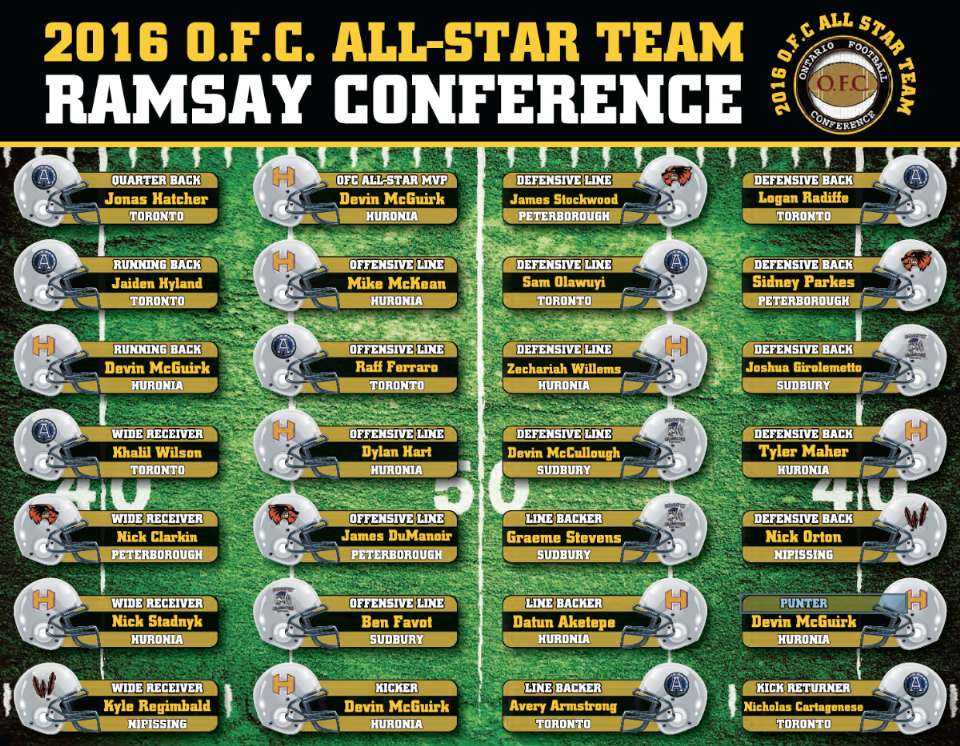 The Huronia Stallions Football club recently learned of the selection of eight of their players as Ontario Football Conference All-Stars.  The Stallions had an off year, missing the playoffs for the first time in the Varsity division since joining the OFC in 2011.  However, the team improved steadily throughout the season and finished with an exciting upset of North Halton on the final game of the season to finish with a 4-4 record.  Devin McGuirk was named to the All-Star team three times for his work as a Running Back, Punter and Kicker.  He was also awarded the prestigious honour of being named Conference MVP.  The other Stallions All-Stars include Nick Stadnyk (Wide Receiver), Mike McKean (Offensive Line), Dylan Hart (Offensive Line), Zechariah Willems (Defensive Line), Datun Aketepe (Linebacker), and Tyler Maher (Defensive Back).  Congratulations to these players for an outstanding season.