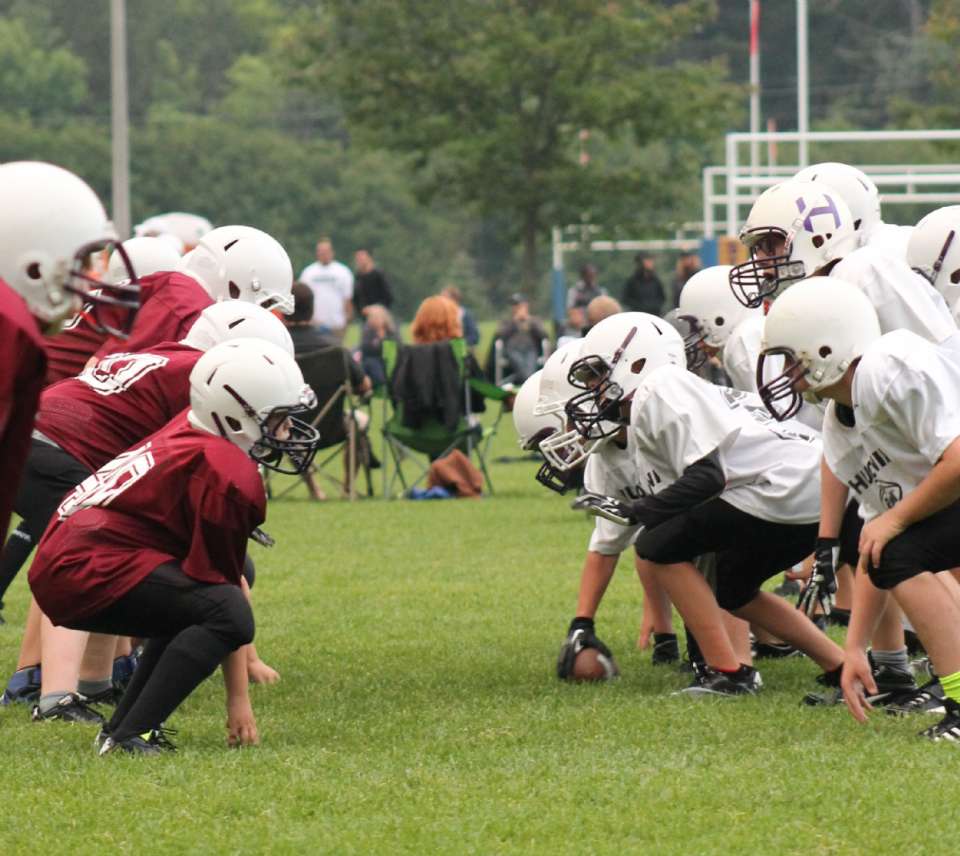 The Huronia Stallions Varsity team concluded the regular season with a convincing 49-14 victory over the Nipissing Wild.  The win moved the team to 5-3 on the season and clinched a playoff berth in the OFC’s Ramsay Conference.  The Stallions took control early with running back Matt Howe concluding a long opening drive with a 1 yard touchdown run.  The Stallions continued the momentum with running back Geoanthony Vargas’ 2 yard touchdown run which was set up by a long rush on a reverse play by receiver Nick Stadnyk.  The Stallions then pushed the lead to 21-0 when veteran defensive back Austin Currie scooped up a fumbled snap on a punt and took it 57 yards to pay dirt.  Wild quarterback Riley Gravelle responded with a long touchdown run, which was quickly matched by Vargas’ second touchdown of the day.  Jacob Tanguay added the first of three field goals on the day to give the Stallions a commanding 30-7 halftime lead.  The Stallions iced the game with two spectacular second half scoring plays.  Christian Hutter-Coppin returned the opening kickoff 100 yards for a touchdown, which was followed by a beautiful deep pass from quarterback Brandon Longstreet to speedy receiver Jayden Kelly for a 72 yard score.  The Wild added a 73 yard pass and catch from Gravelle to Kyle Regimbald, but it was too little too late.  The Stallions have a bye week before their Conference Semi-Final matchup against the Peterborough Wolverines.  The Stallions are looking to win their 5th consecutive Conference Title, but are facing long odds.  They will travel to Peterborough on July 25th to take on an opponent who pulled away late to defeat the Stallions 31-14 in week 3.

The Huronia Stallions Junior Varsity team ended their season on a high note with a spirited 38-7 victory over the Vaughn Rebels.  The Stallions opened the scoring with a long drive that culminated in the first of two touchdown passes from quarterback Brendan Hrynczak to Justin Janicki.  Hrynczak continued to demonstrate improved play by ably guiding the Stallions offence.  Michael Tomczak kicked a field goal to give the Stallions a 10-0 lead at the end of the first quarter.  Janicki scored on a 15 yard touchdown run which was countered by a long touchdown rush by Vaughn.  Fullback Zachary Kuhn then scored a touchdown on a perfectly executed screen play to extend the Stallions lead to 24-7.  Receiver Issachar Sookwah then broke the game open with a 51 yard touchdown on an end around.  The top defensive players were defensive ends Zekeriah Williams who had several quarterback sacks and has been a force all season and Lucien Pilon who had an outstanding game.  The young rookie laden Stallions finish the season out of the playoffs with a 3-5 record.  However, the JV squad really improved over the year and will return the majority of its players for 2016.

The Huronia Stallions Bantam team finished the regular season 7-1 and in first place in the OFC’s Ramsay Conference after crushing Peterborough 55-7.  The Offence was paced again by quarterback Nicholas De Jesus and running back Bradlee Kitchikake. De Jesus had four touchdown throws on the day; two to Kitchikake, and one each to William McCulloch and Brandyn Talbot. Kitchikake also had three rushing touchdowns on the day to finish with 29 total touchdowns on the season. Ben Couling led the offensive line which dominated the line of scrimmage. The defence was strong only allowing one touchdown on a long rush. Defensive end Luke Hastings had two sacks and defensive back Matt Zebedee added a late interception for a touchdown to round out the scoring. The Stallions will take on the North Halton Crimson Tide, an opponent they defeated 48-20 earlier in the year in the Conference Semi-Finals in two weeks.