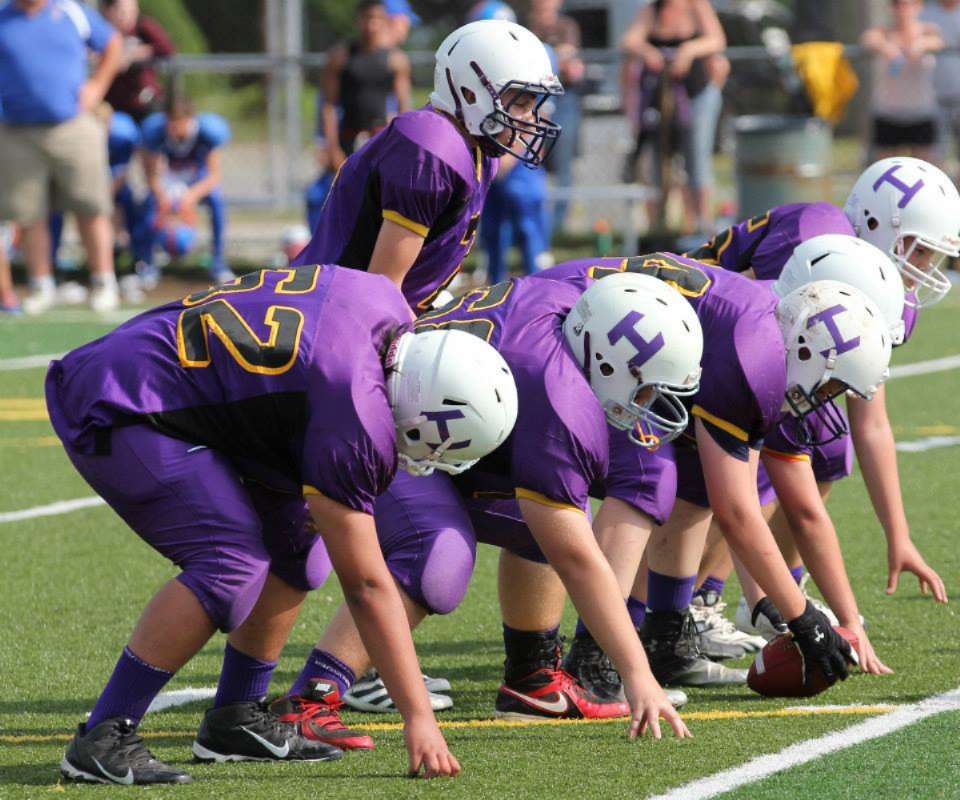 The Huronia Stallions Bantam, Junior Varsity, and Varsity teams all traveled to Georgetown this past weekend to take on the North Halton Crimson Tide. The Varsity matchup was a highly anticipated game and didn't disappoint.

The Stallions young quarterback Brandon Longstreet moved the chains with multiple completions to Nick Stadnyk who stepped up and led the team to a 21-14 victory to move to 3-1 on the year. Stadnyk had an offensive touchdown and helped the short bench defence due to injuries, and grade twelve proms, getting a game sealing interception for touchdown in the second half to round out his big day.

The offensive line was led by the strong play of Kyle Comstive and Matt Howe added a rushing touchdown. Defensively Kayden Peters had a strong game which included a blocked punt to get the momentum back. Defensive lineman Kail Dava and James Ayers led the charge up front creating havoc for the opposing line all day.

The Varsity Stallions have the weekend off before taking on the Twin Cities Predators June 27th at 6:30pm.

The Junior Varsity Stallions had a tough day against a strong North Halton squad. Offensive lineman Josh Comstive led the offence while defensively Mitchell Stadnyk and Braedon Butcher had strong games but it wasn't enough to slow down the Tide which came out victorious 45-6 on the afternoon dropping the Stallions record to 1-3.

The JV Stallions take on Clarington Saturday at 2:00pm at the Midhurst Sports Complex.

The Bantam Stallions started off the triple header against the Tide with a big win to take the team to 3-1 on the year.  Linebacker Gavin Wallin had a big time performance including a terrific first half with some touchdown saving plays on defence and finished the day with 10 tackles. The offence wouldn't be stopped on this day as they lit up the North Halton defence for 48 points to take the 48-20 win.

Quarterback Nicholas DeJesus took over the football game completing 15 of his 21 pass attempts for 340 yards 6 touchdowns . William McCulloch snatched 3 of the touchdown's on the day while also adding two 2-pt convert receptions. Liam Harrison had a pair of touchdowns, and Brandyn Talbot had a touchdown and a handful of spectacular grabs. Bradlee Kitchikake punched a short rushing attempt in for the touchdown to round out the scoring for the Stallions. Top notch offensive line play kept the pocket clean all day with only 1 hit on the quarterback all game by the opposing defence.

A handful of great plays by the defence in the second half sealed the deal for the big win with big days by Saeed Khan, two interceptions by Matt Zebedee and one by Devonte White.

The Bantam Stallions take on Clarington Sunday at 1:00pm at the Midhurst Sports Complex.