Tackle Hunger and Week One Action Both Great Successes 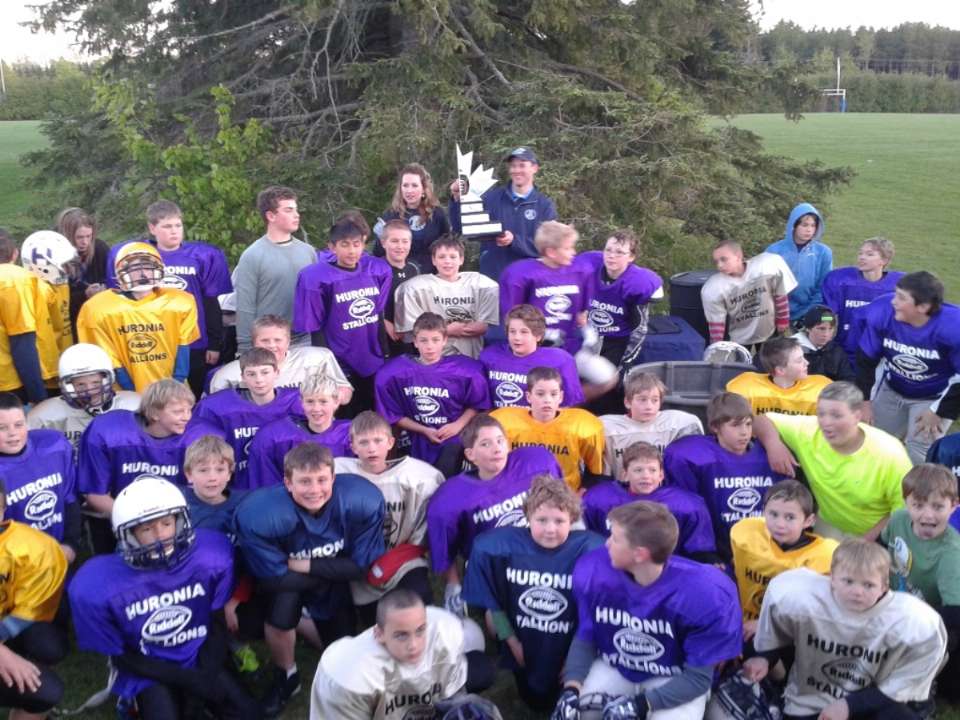 The Huronia Stallions recently held a fundraiser in conjunction with the Canadian Football League and Toronto Argonauts.  The Tackle Hunger Initiative collected over 802 lbs of food for needy residents of the Barrie area.  This success was met with more good news as all three Stallion rep teams won their opening week games.  The Varsity teamed ripped Clarington 68-0 setting a team record for points scored.  Quarterback Adam Zussino led the way with 135 total yards, 4 touchdown passes and one rushing touchdown.  Tailback John Shields had 10 carries for 123 yards, a touchdown on the ground and an impressive 20 yard touchdown reception that saw him run over and elude multiple defenders.  Also scoring for the Stallions were Mackenzie Reid with 2 touchdowns and Hayden Hughes, Josh Simmons, Jesse Alves and Brandon Viragh with 1 touchdown each.  Top defenders were Austin Buck, Matt Dekkers and Zack Keogh.  Buck had two interceptions and Dekkers had a quarterback sack.  The Stallions are on the road the next two weeks.

The Huronia Stallions Junior Varsity team won their opening game over the Clarington Knights 20-8.  Matt Howe and  Nick Stadnyk each scored touchdowns to lead the offence. Matt Howe rushed for over 100 yards in the game. Jack Schneider, Zack Gymer- Jacobs and Christian Hutter- Coppin  were the top defenders.  The Stallions are on the road the next two weeks.

The Stallions next game is Saturday June 8 at 1PM against Chatham at the Barrie Sports Complex.